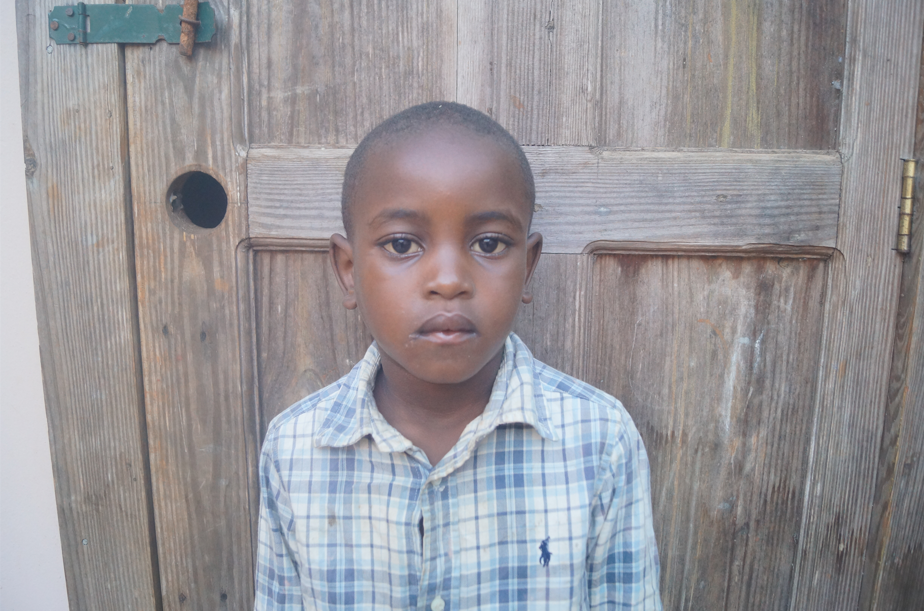 Louis is a boy born on October 6, 2016 in a place named K-Michel, located in Cap-Rouge, section of the Cayes-Jacmel district of Southeast Haiti. His father is Dessalines. His mother is Marie. They are both farmers. Louis has a brother. He is in his third preschool year. He likes playing soccer and flying kites. He works well at school. He lives with his father and mother. He lives in a two-bedroom house. The house is made of stone, wood, and the roof is covered with metal. As furniture, they have a bed, a table, six chairs and some kitchen materials. They don't have a water cistern. They look for water in the fountain. When it does not rain, it is very difficult to get water. They do not have electricity. Kerosene lamps and candles are used to shine at night. They use wood to cook because they don't have stoves. The field is not fertile. Often, the crops are lost, which puts Louis' father in trouble and he can’t take care of Louis. Therefore, the family would like to get help to assist the family, especially with Louis because things are getting really tough in these days.

WOULD YOU BE THE ANGEL IN LOUIS’S LIFE?

Thank you. Your information has been submitted.

Something went wrong, try refreshing and submitting the form again.

Certification with CCCC is a powerful endorsement of a charity’s integrity. It demonstrates that the charity has been carefully assessed by CCCC’s rigorous certification process and found to be in compliance with CCCC’s Standards. Donors can give confidently and generously when they see CCCC’s Seal of Accountability on a charity’s website.